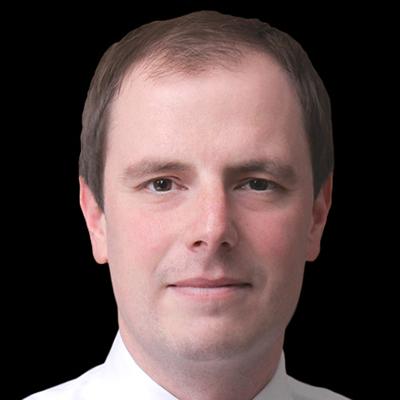 As a partner in Davis Polk’s Mergers & Acquisitions practice, Daniel advises U.S., U.K. and other global corporate and private equity clients on a full range of public and private transactions, including mergers, acquisitions, investments, joint ventures, collaborations, spinoffs and restructurings.

Daniel has significant experience in multi-jurisdiction cross-border transactions, and has advised on numerous combinations in the consumer products and retail field. He also represents special committees and provides defensive and corporate governance advice.

In 2021, Daniel was named “Consumer, Retail, Food & Beverage Dealmaker of the Year (Large Cap)” by The Deal. In 2019, he was named a “Rising Star” in M&A by Law360, and he was recognized at the Euromoney Legal Media Group Americas Rising Star Awards for his work on Shire’s $62 billion acquisition by Takeda, which was named a “Deal of the Year.”

A native of Scotland, Daniel earned an M.A. in Law from the University of Cambridge. He joined Davis Polk in 2012 from Slaughter and May and was elected partner in 2017.

We are typically brought in at a very early stage of a transaction and are often deeply involved in thinking through tactics to reach the endgame the client wants. The type of the potential transaction—for instance, a public deal, a private deal, or an auction—and the motivations of the various players are among the factors that make every situation different. We work with the company and other advisers to come up with the best strategy and game plan to ultimately deliver a successful transaction.

A lot of my work involves cross-border transactions, doing M&A into and out of the United States. My practice gives me the opportunity to interact with people from many nationalities and cultures, and it involves a fair amount of international travel.

I primarily represent strategic clients—that is, companies engaging in mergers, sales, or other transactions as part of their corporate strategy—and less frequently represent funds and other investors engaged in M&A transactions. A lot of my clients are in the consumer retail space, including cosmetics company Natura, consumer brands company Reckitt Benckiser, chocolate and confectionary maker Ferrero, brewer Heineken, affiliated travel retailers Dufry and Hudson, and apparel and footwear company VF Corp.

One recent cross-border transaction was the acquisition by Natura, which is based in Brazil, of worldwide beauty company Avon. That involved aspects of Brazilian, U.S., and U.K. law. I also work on a fair number of complex carve-out transactions. These are deals in which one company buys a business unit from another company, where that business is often significantly intertwined with other businesses of the seller. For example, in recent years I have worked on a series of transactions in which Ferrero bought subsets of businesses from other companies, including its acquisition of Nestlé’s U.S. confectionary business.

As with most lawyers, it was somewhat by accident. M&A was the group I joined in my first rotation at my first firm. I enjoyed the work from the start and found it even more engaging as I progressed in my career and was given greater responsibility in the transactions I worked on. I enjoy the fact that my job is a constant series of negotiations and involves as much people, advocacy, and social skills as it does technical legal skills.

My day can involve back-to-back conference calls; day-long, in-person negotiations; or multiple hours reviewing long draft agreements. M&A work involves a constant juggling of important, time-sensitive tasks for clients. It also involves familiarity with other aspects of law and coordination with colleagues in other practice areas at Davis Polk. For example, I might consult with colleagues in the Antitrust, Executive Compensation, and Tax practices and serve as the point person synthesizing our advice to the client in the context of the transaction.

First, I would say that presentation and advocacy skills are critical. A large part of the job is the negotiation, presentation, and explanation of legal points in a manner that can be fully understood by commercial teams without a legal background. Second, I would highlight timekeeping and time-management skills. A successful M&A lawyer will often have multiple transactions going on at the same time. You must constantly reassess the priority in which tasks should be completed to serve the needs of all your clients.

I like being able to see the tangible results of my work. M&A has very concrete outcomes in the form of transactions which may be high profile and attract a lot of press coverage. Not every acquisition or combination ultimately turns out to be a success, of course. But over time, you hope to see lots of good results for clients. You get to watch companies grow and reshape with your help.

I always try to disabuse people of the idea that M&A is a practice area that requires an aggressive personality. You can be a great M&A lawyer without raising your voice, getting angry, or banging on the table. In fact, the opposite is usually true. The most successful M&A lawyers are often those who have a calm manner under pressure, work constructively with the opposite side to find areas of agreement and opportunities for compromise, and focus on their clients’ most important commercial issues. At Davis Polk, these are attributes that we value and deliver to clients across all our practice areas, including M&A.

What are some typical tasks that a junior lawyer would perform in this practice area?

There is no such thing as a typical task, given the nature, timeline, and complexity of an M&A transaction. We as a firm have a strong belief in giving people as much responsibility as they can handle at each point in their careers. Junior members of our M&A team can expect to be doing everything from due diligence to drafting and negotiating transaction documents, even very early in their careers.

What kinds of experience can summer associates gain in this practice area at your firm?

The most valuable experience our summer associates gain is being a part of every aspect of an M&A team—from getting to do the underlying work, such as diligence and drafting, to witnessing firsthand our interactions with clients and negotiations with the other side.