Results of the most recent Law Firm Diversity Survey, conducted jointly by Vault and the Minority Corporate Counsel Association (MCCA), show that minority and women attorneys at law firms are making steady advancements, but are still far from achieving full parity.

The findings are from the 10th annual Vault/MCCA Law Firm Diversity Survey conducted in the spring of 2013. Participants included more than 230 law firms, representing virtually all of the Vault Law 100 and AmLaw 100, and a majority of the NLJ 250. The survey collects quantitative data on the numbers of attorneys who are minorities, women, GLBT, or individuals with disabilities, as well as qualitative information regarding firms’ diversity plans and initiatives.

This year’s survey results provide evidence of some progress for attorneys of color at virtually all levels within law firms, from the recruitment of summer associates and hiring of laterals to the promotion of partners and accession to leadership roles. However, advances remain slow, especially at the leadership level.  Minorities and women now make up more than 40 percent of law firm attorneys, but nearly 75 percent of partners are white men.

Moreover, as reported in connection with last year’s survey, the data raise concerns that progress for black lawyers has stalled. For example, while the number of Hispanic and Latino students among summer associates is increasing, the percentage of African-American attorneys hired has declined.

Some highlights from the Vault/MCCA Law Firm Diversity Database help illustrate these findings:

For the complete results of this year’s survey, along with law firm data for the previous five years, visit the Vault/MCCA Law Firm Diversity Database at http://mcca.vault.com. (Access is free.) A copy of the full press release issued last week in connection with the latest findings is also available for download.

Why We Should Probably Give Gen Y a Break

The 16 Most Disgruntled Analysts on Wall Street 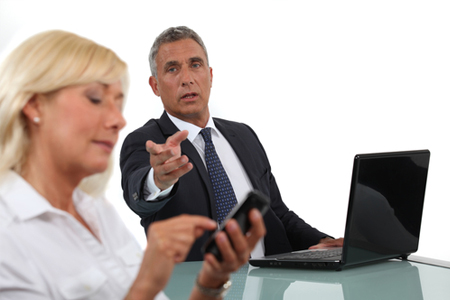 How to Use Twitter Without Getting Fired
Filed Under: Black Lives Matter|Job Search|Law|Workplace Issues