This New Court Ruling Is a Game Changer for LGBT Employees 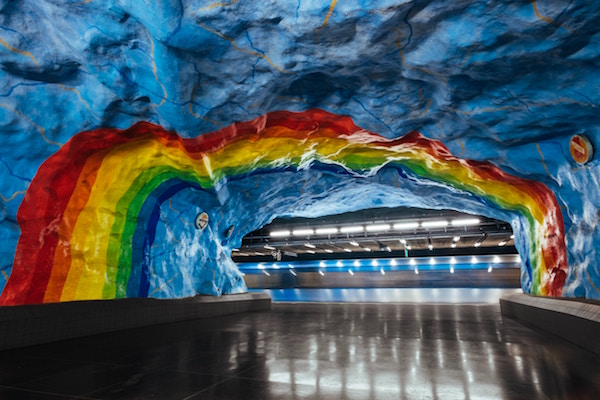 It's hard to believe that, under federal law, it's not explicitly illegal to discriminate against employees based on their sexual orientation. However, yesterday, in Chicago, a federal court of appeals ruling went a long way toward outlawing sexual orientation-based discrimination.

The court ruled 8-3 in favor of Kimberley Hively, a professor who claimed she wasn't considered for promotions and lost her teaching position at a community college in Indiana because she’s a lesbian. According to the court, LGBT individuals do indeed belong to a “protected class" under the 1964 Civil Rights Act, which says it's illegal to discriminate against employees on based on their "race, color, religion, sex, or national origin."

The crux of Hively's case was "sex." That is, the meaning of the word under the Civil Rights Act.

As for Hively's complaint, it was built upon incidents dating back some eight years ago.

The Hively case stems from an incident in 2009, when someone reported seeing the adjunct teacher at Ivy Tech Community College of Indiana in South Bend kiss her girlfriend goodbye in a car in the campus parking lot. The next day, Hively said, an administrator reprimanded her for "sucking face" and chastised her unprofessional behavior.

In the following five years, Hively was not granted full-time status despite multiple applications and was let go in 2014. She sued the community college herself in 2013, claiming she was "blocked from full-time employment without just cause," specifically her sexual preference.

The appeals court ruling was immediately heralded by Hively's defense team as a landmark one for LGTB employees.

“This decision is a game changer for lesbian and gay employees facing discrimination in the workplace and sends a clear message to employers: it is against the law to discriminate on the basis of sexual orientation,” said Greg Nevins, a program director for Lambda Legal, an LGBTQ advocacy group that represented Ms. Hively.

The ruling was also a bright spot in dark times for LGBT individuals. Since the Trump Administration took over in January, there hasn’t been much support for the rights and plights of LGBT individuals. In February, the administration rescinded Obama-era rules on transgender use of public bathrooms. And the administration also said it wouldn’t enforce an Obama-era order that barred sexual orientation-based discrimination of employees performing federal work.

Finally, according to Nevis, "federal law is catching up to public opinion: 90 percent of Americans already believe that LGBT employees should be valued for how well they do their jobs, not who they love or who they are. Now, through this case and others, that principle is backed up by the courts."

Which Top Firms Responded to Trump's Immigration Ban and Which Didn't?