Emotional Intelligence: What Is It and Why Do Lawyers Need It? 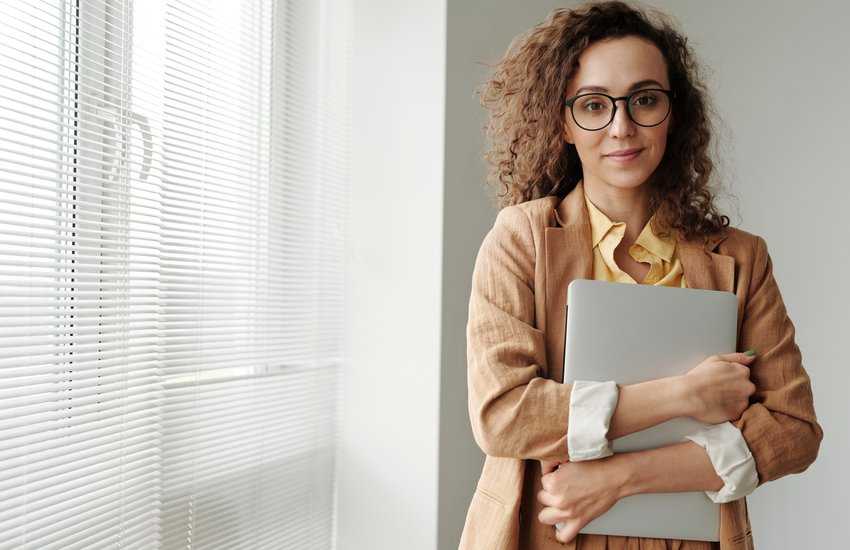 It can come as a pretty big surprise to many that one of the most important keys to professional success has nothing to do with actually being good at your job. Kind of flies in the face of resumes, credentials, work experience, etc., right? And yet, it’s true. One of the biggest indicators of professional success is a soft skill: emotional intelligence.

Before we dive into what is an extremely nuanced topic, let’s be clear about one thing: We’re not purporting to present you with a cutting-edge discovery. Emotional intelligence has been a hot topic in the corporate world for quite some time, ever since the 1995 publication of Daniel Goleman’s bestselling book Emotional Intelligence: Why it can matter more than IQ. So why are we devoting not one, but a series of blog posts to what might seem like old news?

To put it bluntly: If we didn’t have to say it, we wouldn’t.

Which is to say, despite all the buzz around EQ (the abbreviation for emotional intelligence), the legal industry is still struggling mightily to absorb the concept—from law students all the way up to managing partners. But there’s another reason we want to explore the topic in 2022, besides explaining just why it’s so important for lawyers to understand and possess: Emotional intelligence can be taught and learned.

If you’re someone who struggles with emotional intelligence, or even if you just want to boost what you already possess, our goal with this blog series is to give you some of the basic tools you’ll need to build your EQ. Before we can do that, however, we need to make sure we’re all on the same page about what exactly emotional intelligence is, and where it comes from.

It all begins with the theory of multiple intelligences

Maybe you’ve heard of the theory of multiple intelligences. Developed by Howard Gardner in 1983, it’s a pretty popular framework because it challenges the idea that cognitive intelligence is the only legitimate form of smarts. Gardner asserted that there are actually eight forms of intelligence: Linguistic, Logical/Mathematical, Spatial, Bodily-Kinesthetic, Musical, Interpersonal, Intrapersonal, and Naturalist.

Historically, our society has deeply internalized the idea that logical/mathematical (basically, the ability to analyze problems logically, do math, and be scientific, a la Albert Einstein) and linguistic (ability with language, including writing) are the most valuable forms of intelligence and rewarded them accordingly. Gardner’s theory aims to dispel this prejudice by broadening our understanding of “intelligence” and validating abilities beyond the cognitive.

Out of the eight areas of intelligence, two are at the core of our journey: Interpersonal and Intrapersonal.

In 1990, Yale researchers John Mayer and Peter Salovey published the first formal definition and experimental measurement of emotional intelligence as “the ability to monitor one's own and others’ feelings and emotions, to discriminate among them, and to use this information to guide one’s thinking and actions.” Essentially, Mayer and Salovey merged Gardner’s intrapersonal (i.e., self smart) and interpersonal (i.e., people smart) intelligences into one concept, and “emotional intelligence” is what emerged.

These findings were popularized by Daniel Goleman, referenced above, who introduced them to the world at large. Goleman groups emotional intelligence into five skills:

It’s now widely accepted that the most effective leaders possess a high degree of emotional intelligence by embodying most, or all, of these skills, and we can even see this historically, even if we didn’t have the name for it in the past. Professional success, whatever it looks like, is now unequivocally linked to EQ.

It’s no secret that society generally has a low opinion of lawyers—and EQ plays a big role in that perception. Or rather, lack thereof.

According to the American Bar Association, various studies have shown that lawyers overall score high in certain forms of intelligence—typically the cognitive intelligences of linguistics and logical/mathematical—but low in emotional intelligence. The International Bar Association has also weighed in: “According to personality analysis by psychologists, a typical lawyer is ‘likely to be more achievement-oriented, more aggressive, and more competitive than other professionals and people in general’... Lawyers prioritise [sic] thinking and suppress feeling: they are emotionally ‘underdeveloped’ as Ronda Muir, author of Beyond Smart: Lawyering with emotional intelligence, puts it.”

The current legal profession is very different from the profession back in the day. In 1983, a paper published in Law and Human Behavior (an academic journal published by the American Psychology-Law Society) titled “The Value of Interpersonal Skills in Lawyering” had this interesting observation:

“Surprisingly, the relative roles of legal skills and interpersonal relational skills in the attorney-client relationship have not been empirically examined. One possible cause for the lack of empirical investigation is that of the implicit assumption underlying legal education—that of client satisfaction being solely dependent on legal competence. An attorney’s legal education is directed toward the development of rational, intellectual skills rather than interpersonal skills. The lawyer is taught to separate the problem from the person and to direct his/her efforts exclusively toward resolving the legal issue.”

Hmm. That explains some of the problem; from the very beginning, lawyers are taught that “thinking like a lawyer” means NOT tapping into EQ. Does that also explain why the profession seems to attract people who inherently possess lower EQ, because the model of legal education rewards low EQ? Because oh yes, lawyers DO disproportionately lack EQ. Take a look at the findings of an MSCEIT (Mayer Salovey Caruso Emotional Intelligence Test) study.

“Studies using the popular personality assessment tool Myers-Briggs Type Indicator (MBTI) revealed that most lawyers prefer Introversion over Extraversion, preferring to keep to themselves and reflect inwardly before sharing information with others. An even stronger preference surfaced for Thinking over Feeling (78% of lawyers vs. 47% of the general population)... MBTI studies also revealed that one type in particular: INTJ (Introversion, Intuition, Thinking, Judging) occurred with 5 times greater frequency in lawyers than in the general population…. The down-side to some of these tendencies is that INTJs also prefer working alone, do not readily share information with others and may appear distant, aloof and disinterested in others opinions and ideas.”

That’s just one example. There are several very interesting academic articles out there that dive deeply into the question of lawyers and emotional intelligence, and we’ll include links at the bottom for more if you’re interested.

We’re out of words for this blog post, but in the next post in this series, we’re going to look a bit more closely at how the legal profession has ALSO perpetuated this lack of EQ before talking about how a higher EQ can make you a better, more successful, and (honestly) happier lawyer. We hope you’ll stick around for the ride. 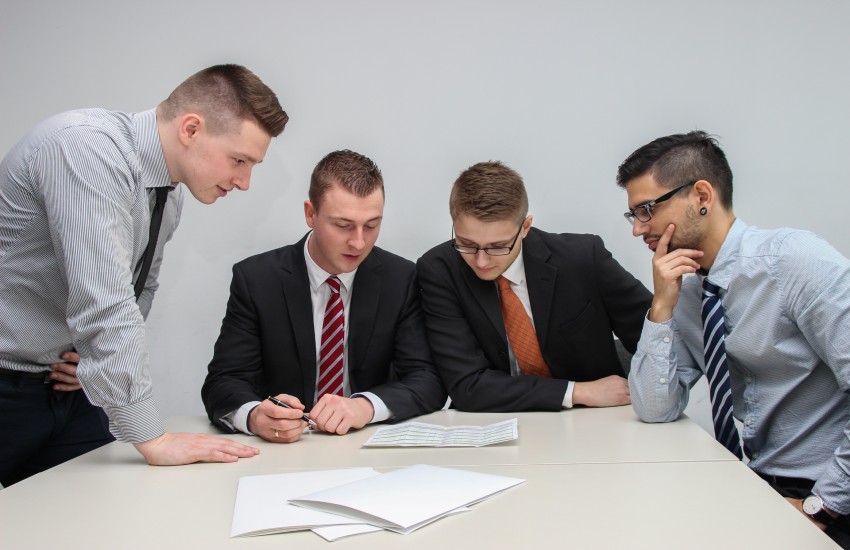 The Most In-Demand Soft Skills and Which Industries Want Them 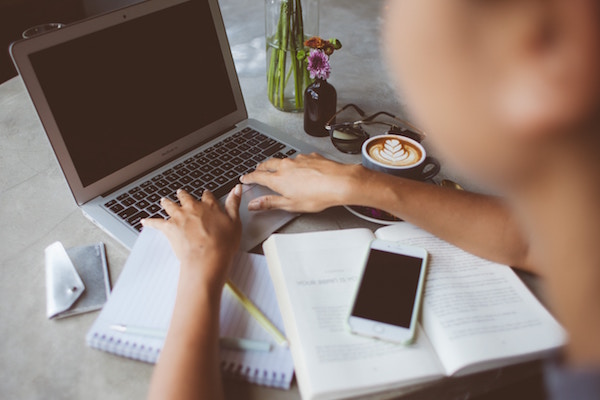 4 Online Classes That Will Improve Your Soft Skills 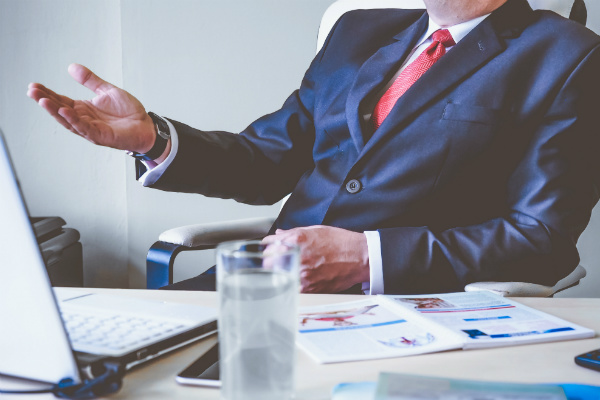 Showing Off Soft Skills in the Interview 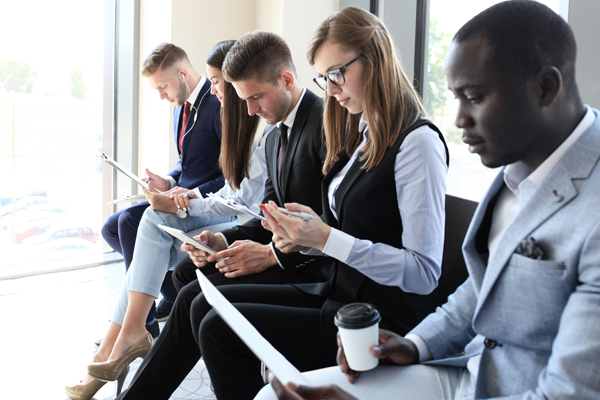