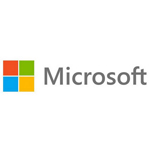 Microsoft is a global tech giant. The company has been creating inspired innovations and chasing a futuristic vision since its founding in 1975. All these years later, Microsoft has yet to slow down. At its core, the company is built on creativity and invention. Its enterprising attitude has lead it to make smart acquisitions and grow its suite of products and capabilities. In 2021, Microsoft acquired The Marsden Group, a tech company specializing in industrial environments. Other important acquisitions have been Hotmail in 1997, Skype in 2011, and nearly 10 acquisitions in 2020 alone. Unlike other tech companies with one signature product or idea, Microsoft operates under the pretense that there’s always more to discover, more to create, and more to do to make the world a better place.

Microsoft’s innovations and products are known worldwide. They garner attention, millions of users, and industry praise, but there is so much work that goes on behind the scenes, innovations that have made it possible for Microsoft to achieve powerhouse status. For example, Microsoft is “the first cloud provider that is running two-phase immersion cooling in a production environment,” a feat that allows Microsoft software to run on numerous computers without worry of overheating. Engineer Christian Belady says, “Air cooling is not enough, that’s what’s driving us to immersion cooling, where we can directly boil off the surfaces of the chip.” Innovations like this are a daily occurrence at Microsoft. Its massive achievements in computer engineering is what’s made it successful.

The company’s path has been paved by a hardworking, focused team of professionals around the world who all share one thing: a growth mindset. At Microsoft, a growth mindset is integral to the continued progress and evolution of the company and its products. “It starts with a belief that everyone can grow and develop,” says Microsoft, “that potential is nurtured, not predetermined; and that anyone can change their mindset.” Curiosity, passion, and drive set Microsoft apart as a global institution of invention and progress.