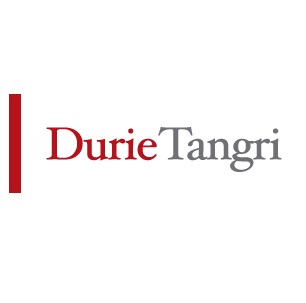 Durie Tangri is a hot-shot IP boutique with an impressive resume when it comes to copyrights, trademarks, and patents. But the firm is also a litigation powerhouse, specializing in professional liability, contract and commercial, class action, white collar crime and investigations, and appellate work. With two offices in Los Angeles and San Francisco, the firm stays close to many of the tech giants it represents.

Durie Tangri is proof that daydreams shared among law students of starting their own firm together can become a reality. Founding partners Daralyn Durie, Ragesh Tangri, and Mark Lemley were classmates at Berkeley Law and practiced together at Keker & Van Nest. In 2008, the trio left Keker and, along with three more Keker lawyers, founded Durie Tangri. The firm got off to a fast start when they managed to convince Google, Ticketmaster, and biotech firm Genentech to sign on as clients on day one. Although Durie Tangri maintains a relatively small size with just under 40 lawyers, it represents some big names, including Google, LinkedIn, Twitter, Yelp, Fitbit, Zynga, Netflix, Microsoft, and Facebook.

Since opening its doors, Durie Tangri has had a hand in a number IP cases establishing new precedent. The firm secured a landmark ruling for Google when the Southern District of New York dismissed a suit brought by the Authors Guild alleging that the Google Books project infringed copyright, ruling that Google Books was permissible fair use. Since then, Durie Tangri has continued to garner notable wins, such as a precedent-setting appellate victory in the Ninth Circuit, where the court upheld the fair use right to resell lawfully obtained promotional CDs; a summary judgment success for Yelp, with a decision of invalidity related to personalization of Internet content; a favorable settlement for THX, a Lucas Film spinoff, in a license dispute brought by Monster Cable products; and a summary judgment win for Ticketmaster in a patent dispute, affirmed on appeal—to name a few.

When it comes to non-IP work, the firm has a notable White Collar Crime and Investigations practice. The group has represented a client roster of Fortune 500 executives and other public figures throughout an array of high-profile investigations. Examples include defending a PG&E executive regarding their connection with the Camp Fire in Paradise, CA, and other California fires; a parent involved in the “Operation Varsity Blues” college admissions bribery scandal; multiple CEOs of tech companies who have undergone DOJ and SEC investigations; and executives and engineers implicated in cases of national security, including China/United States cross-border enforcement issues.

As an IP boutique with plenty of Silicon Valley clients, it only makes sense that Durie Tangri’s offices relay a bit of California cool. In fact, their warehouse/loft style space in San Fran’s financial district looks more dot-com than stuffy lawyer. Their conference room floors are covered in bright green rubber and Eames chairs, large modern settees fill the large open lounge area, and the tiny partners’ offices feature exposed brick. The space is so cool that it was once featured in Architectural Digest.