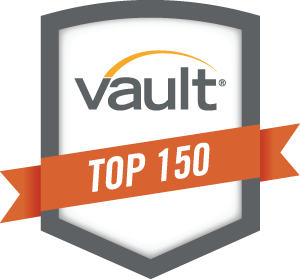 Hawaiian firm Cades Schutte was founded in 1922 in Honolulu, and the seeds of loyalty between the firm and its employees have been sown since its inception. No group of three or more partners has left the firm since its founding, and most partners were former associates at the firm. Despite lower-than-mainland salaries, many associates find the perks of island life to be worth a pay cut. Cades Schutte is a go-to firm in Hawaii in the areas of bankruptcy, corporate, labor and employment, litigation, real estate and tax law.

Cades Schutte makes an appearance on the resumes of many big names in Hawaii. Partners from the firm have gone on to become presidents of Hawaii "Big Five" corporations, a federal district judge, a Ninth Circuit judge, general counsels to a major telephone company and financial institutions in Hawaii, the chief executive of the largest health care system in Hawaii, and the president of the Hawaii State Bar Association.

Maybe it's got something to do with the eternal sun, sand, and surf: attorneys at Cades Schutte are inspired to do good for their community. Two firm partners founded the Cades Foundation, a philanthropic organization which sponsors scholarships for students of the University of Hawaii's School of Law. Partner Richard Epstein is on the board of the Hawaii Forgiveness Project, which aims to "bring greater harmony to [Hawaii's] people." The firm has received a "pacesetter" donor distinction by Aloha United Way, and supports Volunteer Legal Services Hawaii and cultural organizations like the Manoa Valley Theater and the Honolulu Ballet Theater.

In addition to philanthropy, the firm is committed to diversity within its ranks. About one-half of Cades Schutte's attorneys are of native Hawaiian or Asian ancestry and approximately one-third are women. The firm's management committee is comprised of four managing partners, two of whom are women.

Who doesn't want to go to Hawaii? The firm capitalizes upon Hawaii's booming tourism business with a niche practice area in Hospitality and Resort Property. Its Lodging and Resort Property Group has counseled the development of and obtained construction deals for luxury and resort hotels and condominiums, negotiated transactions of amounts ranging from a $600 million luxury hotel to a $16,000 timeshare, SEC-registered the first rental pool hotel/condominium in the U.S. and advised and litigated for cruise ships, golf courses, restaurants, ocean sports and other tourist activities companies. The firm has extensive experience with coastal management, environmental, land use and zoning laws, as well as historic sites, burial sites and other land rights of native groups which affect real estate development in Hawaii.

Where in Hawaii is Stevie Wonder?

No room for superstition here. Cades Schutte acted as "factfinders" to investigate the disappearance of a sum of $200,000 when a Stevie Wonder concert sponsored by the University of Hawaii to raise funds for its athletic department failed to pan out. Many suspected that the athletic department officials had acted unethically and pocketed the profits from the advance ticket sales themselves. However, the firm generated a 57-page report concluding that the University was likely a victim of fraud.