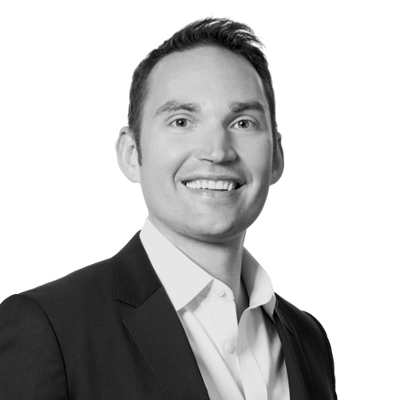 Dan is a partner based in the Washington, DC office. He has a robust practice across all areas of antitrust law, including merger control, antitrust litigation, counseling, and civil and criminal government investigations, particularly for high-tech industries and two-sided markets. He has worked on an array of merger reviews in both the U.S. and EU, including LVMH’s acquisition of Jay-Z’s Ace of Spades, Veolia’s hostile takeover of Suez, and Arcelor Mittal’s acquisition of Cleveland Cliffs. Dan is also a prolific thought leader with publications in The Dominance and Monopolies Review, the Guide to Merger Remedies, and the Journal of Antitrust Enforcement. He has been named to the “40 Under 40” list by the Global Competition Review and as a “Rising Star” by Law360. He joined the firm in 2008 and became a partner in 2017, followed by a three-year rotation in the Brussels office to immerse himself in the firm’s European competition practice. Dan received a J.D. from Georgetown University Law Center in 2008 and an undergraduate degree from Georgetown University in 2005.

Antitrust law is about ensuring businesses compete, to the benefit of consumers. Different statutes apply to various types of conduct, such as mergers, agreements between firms, and monopolization. But each is brief and abstract, leaving wide scope to argue over the appropriate rules that courts actually apply. At the end of the day, we are asking, “Does this conduct make consumers better or worse off?”

We also think about how different rules might shape businesses’ behavior in the future. For example, if a rule on particular conduct is very strict, it may prevent harm to consumers in many instances, but it could also deter businesses from competing aggressively to the benefit of consumers.

Effectively practicing antitrust law requires getting to know how each industry works in detail. I represent clients from a variety of industries, including telecommunications and technology firms (Broadcom, Google, T-Mobile), luxury retailers (LVMH), and industrial firms (3M, ArcelorMittal). While I’ve developed expertise in how competition works in complex, high-tech industries, I also enjoy the variety—it’s one of the great joys of my job.

Antitrust can come into play in front of government agencies or courts. Unlike many other firms, at Cleary Gottlieb we don’t have separate teams of “antitrust lawyers” and “litigators”—all of our antitrust lawyers are litigators. We are always thinking about building a record to defend our clients in court—even when we are in front of government agencies, we have to be ready to challenge their decisions if they are not in our client’s favor—and that makes us more effective advocates. We also get a huge diversity of experiences, both in the range of industries involved and the type of matter.

A big part of my practice involves appearing before government agencies. Essentially, we’re persuading the government not to sue our clients and, if the government does, defending them in court. These investigations most frequently involve mergers, convincing the government that a proposed transaction won’t lead to higher prices, lower quality, or lower output. I have recently been involved in securing antitrust approval for a variety of deals, such as LVMH’s acquisition of Tiffany & Co. and its acquisition of a 50% stake in Mr. Shawn C. Carter’s Ace of Spades Holdings, owner of champagne brand Armand de Brignac; Arcelor Mittal in its sale of ArcelorMittal USA to Cleveland-Cliffs, Inc.; and clearance from the DOJ’s Antitrust Division for Veolia’s acquisition of Suez S.A. I was involved in securing merger clearance in T-Mobile’s merger with Sprint for a combined enterprise value of approximately $146 billion. My role involved leading economic and engineering advocacy of the transaction before both the DOJ and FCC, leading numerous presentations to those agencies, and preparing economic and engineering witnesses to do the same. In parallel to merger clearance, we defended T-Mobile in a lawsuit brought by 17 Attorney Generals, the highest-profile merger challenge ever brought by state AGs, culminating in a two-week trial.

I also handle civil litigation with private parties. Over the past few years, I have been involved in sprawling litigations, such as a price-fixing case brought by class-action plaintiffs against our client DHL Global Forwarding, as well as in the defense of Goldman Sachs in a class action brought against numerous foreign exchange dealers alleging antitrust conspiracies.

Finally, my practice also encompasses criminal investigations. Certain “hard core” antitrust violations, such as price fixing, are also prosecuted criminally, punishable by up to 10 years in prison. These cases are similar to other white-collar criminal investigations: we negotiate with the government to secure leniency, a plea agreement, or ultimately head to trial. Most recently, I have been defending a technology firm in connection with a wage-fixing and no-poach cartel investigation.

I first learned about antitrust law while studying economics as an undergraduate, and it sounded very interesting to me. As I entered law school, though, I still had very little idea what I wanted to do. I took antitrust law with Steve Salop, a legendary antitrust economist, at Georgetown, and I got the opportunity to speak to many practicing lawyers. After that, I was hooked.

Our practice varies so much that there really isn’t a typical day or week. There are days when I’m in the middle of a big deal, interviewing business people, collecting documents, and working with economists to help put together a presentation for government agencies. Other times I’m preparing for depositions in civil litigation, or in briefing a motion to dismiss.

I recommend taking antitrust law, learning as much economics as possible, and getting involved in a clinic or trial class. We aren’t economists working with data ourselves, but we do work closely with economic experts and need to be able to intuit and explain their work, and to frame the story coming out of the business’ documents and witnesses to fit in that framework. That doesn’t mean you need a background in economics to be successful, but it does give you a head start.

Clinics and trial courses are useful because there is really no substitute for working through the nuts and bolts of a litigation matter. Even though the part of our practice in front of government agencies isn’t quite as formal, the basic skills are the same.

What is the most challenging aspect of practicing in this area?

Like any type of law, being a successful antitrust lawyer is not just about having the “right” arguments, but having the right argument to persuade the audience that you are in front of. In antitrust, we end up in front of a lot of different audiences, even in the span of the same matter.

When we’re in front of government agencies, it’s a sophisticated audience of both lawyers and in-house economists. They are regularly dealing with complex economic issues, and our analytical approach has to keep pace with that. On the other hand, when we’re in court, we’re in front of a very smart, but generalist, district court judge and a jury of citizens with differing backgrounds. At the end of the day, it’s about telling a story that is supported by the evidence and that is compelling to your audience.

My favorite part of the job is spending time with business people, learning how their industries operate and how they make competitive decisions. And, lucky for me, that’s what I spend most of my time doing! In my experience, business people are eager to help us understand, and they get very excited when we’re catching on. Plus you learn innumerable random facts to use at cocktail parties.

I sometimes see law students pass up antitrust because they don’t want to be involved in a “regulatory” practice area, thinking they will primarily be working on things like rulemakings instead of being involved in litigation. Nothing could be further from the truth. The government agencies that we deal with don’t have any regulatory authority. If the agencies want to challenge conduct, they have to convince a court that it violates the law. Everything we do before the agencies is about preparing to put on a case in court, if necessary. Before I started practicing antitrust law, I did not appreciate how important that would be. In several of the deals I’ve been involved in, we’ve come down to the bitter end, only to convince the agency days before filing a complaint.

What is unique about your practice area at your firm?

Our antitrust practice stands out because of its global reach and the quality of our associates. We have antitrust lawyers in 11 offices and work closely with our colleagues in matters that span many jurisdictions. I’m on the phone with colleagues in Europe and Asia consistently.

We frequently get feedback from clients about the quality of advice not only from partners and senior lawyers, but from our associates. That is no accident. We have a consistent and firmwide philosophy to give our associates responsibility and autonomy as early as they are able to handle it, to actively be on the lookout for opportunities that help associates develop their skills, to invest the time in professional development to ensure that associates succeed, and to promote our associates’ accomplishments to our clients. It’s not an uncommon experience for a Cleary Gottlieb mid-level associate to be squaring off with a partner from one of our peer firms, and holding their own.

A differentiator for antitrust at Cleary Gottlieb has been our enormous investments in litigation technology and in a group of specialist lawyers and technicians who support it to better serve our clients and improve the quality of life for our associates. We were pioneers in using technology-assisted document review, advocating for the agencies to accept it, and helping to educate clients and adversaries in how it works. Our specialist lawyers and technicians have extensive experience and have a near-magical ability to manipulate and sift through the documents identified by software to find the “hot documents.” The result has been greater accuracy, quicker turnaround, and lower cost for clients. It also means that our associates only spend time looking at documents that are key to the case, so they can build their skills as litigators.