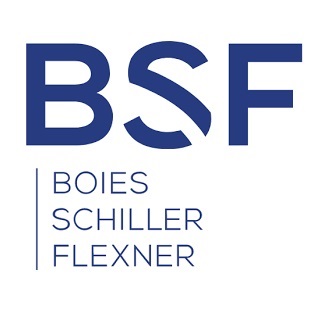 “Lack of transparency at the top”

A star litigator at Cravath for 30 years, David Boies knocked heads with the firm when he decided to represent Yankees owner George Steinbrenner in a lawsuit against Major League Baseball. Boies’ representation of Steinbrenner posed a conflict of interest for Cravath, whose longtime client Time Warner also owned the Atlanta Braves. In a story that made the front page of The New York Times, 48 hours after receiving an ultimatum to drop the Steinbrenner case, Boies hung up his Cravath hat. Within a matter of months he persuaded Jonathan Schiller, a litigation and international arbitration specialist and partner at Kaye Scholer, to join him. By the end of 1999, Donald Flexner, a partner from Crowell & Moring’s antitrust group, was also on board.

While it also handles transactional matters, Boies Schiller Flexner is known for its litigation prowess—and most of its work revolves around high-stakes, complex litigation. Boies Schiller’s litigation practice is broad, including antitrust, appellate, constitutional law, cybersecurity and privacy, employment, energy, environmental law, First Amendment, health care, intellectual property, family law, products liability, securities litigation, and sports law—and everything in between. The firm is in the top 25 of Vault’s Practice Area rankings for General Commercial Litigation, Appellate, Antitrust, Securities Litigation, Products Liability, and White Collar Defense & Internal Investigations. The firm was named to The National Law Journal’s Appellate Hot List in 2018, and for good reason—lawyers at Boies Schiller Flexner are regulars in the Supreme Court and federal courts of appeals. Some of the firm’s past matters include Bush v. Gore, Halliburton Co. v. Erica P. John Fund, and Pennzoil v. Texaco. Not to mention, the firm’s ranks include dozens of former state and federal appellate clerks and multiple former U.S. Supreme Court clerks.

Whistling to the Boies Tune

Boies Schiller is anything but conventional. Its New York office at Hudson Yards, for example, has done away with associate offices and instead has an open floor plan, which the firm describes as “a collaborative floor plan with both shared and private space.” And while many of its peers pay their associates lockstep bonuses, Boies Schiller Flexner takes a more unique approach, basing bonuses on a formula that tracks each hour billed toward and also accounts for work on contingency-based matters.

In 2021, our summer associates experienced a mix of virtual and in-person events. With restrictions being lifted in many cities where we have offices, we implemented a voluntary return several days per week while continuing to follow best practices for COVID-related safety protocols. This allowed summer associates to meet attorneys in person and gain a better sense of the office environment at BSF. We also built upon the success of our virtual program in 2020 by holding a number of events remotely, bringing the entire summer class together for social events like trivia night and a mixology class, as well as to engage with our DEI affinity groups and others throughout the firm. Through both approaches, we continued to focus on giving summer associates meaningful work experiences as well as the opportunity to get to know one another and BSF.

No. of International Offices: 2