Investment management as we know it today has quite a long history. Pooled investment funds, the forebears of hedge funds and mutual funds, originated sometime in the 19th century in the Netherlands, England, France and later that century in the United States when the Boston Personal Property Trust came out in the 1890s. Another milestone occurred about 30 years later when shares in the Massachusetts Investors’ Trust, recognized as the first open-end mutual fund, were offered to the public.

For much of the 20th century, though, investment management was completely relationship-driven, based on informal ties between people with money to invest and the bankers who guided their investment decisions. Assignments to manage money grew out of the relationships banks and insurance companies already had with companies or cities with employee pension plans—funds that promised a defined annual benefit to their employees upon retirement.

In those early days the business of investing was largely unstructured. There was no formal request for proposal process or competitive bidding by investment firms eager for a piece of pension plan’s portfolio. Investment practices too were informal, relying on the manager’s stock-picking ability. A money manager might simply pick the 50 stocks he thought were good investments. Little thought was given to breaking out the portfolio holdings around different asset groups or investment style (large cap stocks, small cap stocks, etc.) Risk management as a disciplined practice didn’t emerge until years later.

Finally, the assets that were managed were primarily pension funds. Back then mutual fund investors were mostly wealthy individuals and their investment options were limited. Growth in the fund industry was slow—mutual funds topped 100 total funds only in 1950. They wouldn’t become broadly popular until the start of the great bull market of the 1980s and 1990s, a period that saw stock market indexes—and fund assets under management—soar to unprecedented new heights.

In many ways, the business of managing investments parallels the rise of modern Wall Street. Arguably, the network of investment firms, advisory firms and financial planners and others serving Main Street investors is larger and has a much broader reach than the big Wall Street investment banks. But it’s undeniable that the Wall Street banks and their investment arms helped create the products, and the broad-based delivery channels that made it possible for so many individual investors to buy shares of mutual funds and alternative investments—hedge funds, private equity funds, and the like.

Wealth creation over the last 30 years, both in the United States and worldwide, is a useful marker for the growing demand for money management services.

At year-end 2019, worldwide investments in regulated open-end funds (mutual funds, exchange-traded funds, and institutional funds) totaled $54.9 trillion, up from $49.3 trillion at the end of 2017, according to data from the Investment Company Institute. Alternative investments (hedge funds, private equity, etc.), popular choices with wealthy individuals, grew to $10 trillion in funds under management as of June 30, 2019. Global alternative assets under management are expected to exceed $14 trillion by 2023, according to Preqin.

These figures show that investment management is a resilient and growing business, having weathered the technology bubble in 2000 (a three-year bear market following the collapse of the bubble), the 2008 financial crisis (seen as the worst financial downturn since the Great Depression), and the COVID-19 pandemic (which caused turbulence in financial markets around the world). The list of leading players is a long one, spanning well-capitalized divisions of investment banks, global insurance companies, multinational commercial banks, and independent behemoths such as Fidelity, Franklin Templeton, and Capital Group.

The hedge fund sector, as we know it today, began in 1949 when Alfred Winslow Jones, a journalist and sociologist, founded one of the first hedge funds. Jones was researching a story on stock-market forecasting when he became fascinated by the process and started his own hedge fund. According to Hedge Funds and Managed Futures: Performances, Risks, Strategies, and Uses in Investment Portfolios, Jones was “the first to use short selling, leverage, and incentive fees in combination,” which generated better-than-average investment returns. In 1967, the term “hedge fund” was coined by a writer for Fortune who profiled Jones’s financial success. The financial industry was impressed by Jones’s achievements and began to create hedge funds. Within a few years of the article’s publication, the number of hedge funds grew from a handful to more than 100.

There were about 17,378 hedge funds in the world in 2020, according to Preqin, although this number changes constantly as new funds open and exiting funds close.

The first mutual fund was started in 1774 in Holland by a Dutch merchant and broker named Adriaan van Ketwich, according to K. Geert Rouwenhorst in the Origins of Mutual Funds. He reports that van Ketwich “invited subscriptions from investors to form a trust…to provide opportunity to diversify for small investors with limited means.” Another early mutual fund was the Foreign and Colonial Government Trust, which was founded in England in 1868. It is now known as the Foreign and Colonial Investment Trust.

A form of mutual funds was first introduced in the United States in the 1880s and 1890s, but mutual funds did not become popular until the 1920s. The Massachusetts Investors Trust was introduced in Boston in 1924. It was the first mutual, or “open ended” fund in the United States. (An open-ended mutual fund is one that allows investors to sell back their shares to the fund at the end of each business day.) According to the Investment Company Fact Book, the trust “introduced important innovations to the investment company concept by establishing a simplified capital structure, continuous offering of shares, the ability to redeem shares rather than hold them until dissolution of the fund, and a set of clear investment restrictions and policies.”

The mutual fund sector grew slowly—especially in the wake of the stock-market crash of 1929, which caused the public to lose confidence in the financial sector. Government regulation of the industry—specifically the Securities Act of 1933 and the Investment Company Act of 1940—renewed investor confidence. In the 1950s, mutual funds began to grow in popularity. The total number of funds surpassed 100, and there were more than one million shareholder accounts. By 1990, mutual funds had become very popular investment options, with shareholder assets topping $1 trillion. By the end of 2019, mutual fund firms managed $25.7 trillion in assets for 103.9 million U.S. investors.

We can get an idea of the history of private equity by examining the leveraged buyout, one of the principal acquisition techniques of private-equity firms. In a leveraged buyout, a private-equity firm that is interested in acquiring a company does not put up the entire purchase price with its own money; it also takes out bank loans and raises capital from investors. This spreads out the risk and increases the chances of profitability after the acquisition is completed. The Center for Economic and Policy Research reports that the earliest use of a leveraged buyout, to take a publicly traded company private, occurred in 1933, when managers at United Parcel Service (UPS) purchased all of the company’s shares and turned UPS into a private company.

The era of large leveraged buyouts began in 1979 when the private-equity firm Kohlberg Kravis Roberts & Co. bought out the Houdaille Corporation, a Fortune 500 conglomerate. The deal was a major success for shareholders and prompted a decade of massive buyouts of publicly traded companies. Financial malfeasance at some private-equity firms and increased government regulation eventually slowed growth in the private-industry sector. The industry began to bounce back in the late 1990s. Since the early 2000s, private equity funds have grown tremendously. In June 2019, private equity firms worldwide managed $4.1 trillion in assets (up from $2.83 trillion in June 2017), according to Preqin.

The VC sector grew rapidly in the 1970s and early 1980s until the market for initial public offerings slowed; the stock-market crash of 1987 also put a damper on activity in the sector. VC firms experienced strong growth from 1995 through 2000 as a result of the Internet and technology boom. The National Venture Capital Association reports that “the VC industry grew steadily over the decade. At the end of 2019, there were 1,328 venture firms in existence, managing 2,211 active venture funds and translating to approximately $444 billion in U.S. venture capital assets under management. Compared to 2010, this represents a growth of 65 percent in number of firms, 73 percent in venture funds, and 87 percent in VC assets under management.”

The rules of the modern financial industry can be traced back to the early 20th century. Since that time the government has passed a series of laws to establish and expand regulations that control the rules of investing. Key laws include the Securities Act of 1933, Securities Exchange Act of 1934, Trust Indenture Act of 1939, Investment Company Act of 1940, the Investment Advisers Act of 1940, the Small Business Investment Act of 1958, the Hart-Scott-Rodino Antitrust Improvements Act of 1976, Sarbanes-Oxley Act of 2002, and the Dodd-Frank Wall Street Reform and Consumer Protection Act of 2010. Many of these laws were passed in response to specific financial crises or scandals. To monitor the financial industry and enforce these regulations a number of regulatory/supervisory agencies have been established in the United States. These include the Federal Reserve, Department of the Treasury, Securities and Exchange Commission, Commodity Futures Trading Commission, National Futures Association, Comptroller of the Currency, Financial Stability Oversight Council, Federal Deposit Insurance Corporation, and the Consumer Financial Protection Bureau.

Financial scandals in the 2000s and the U.S. financial crash of 2008–2009 prompted the U.S. government to more strongly regulate and supervise the investment and banking sectors. In 2017 Congress reversed some of the provisions of Dodd-Frank and reduced regulation of the investment and banking sectors. Fifty-eight percent of private equity and hedge fund executives surveyed by Koger (a financial services software provider) in early 2018, believed that regulatory enforcement had decreased under the Trump Administration. Although many investment managers view the Trump Administration as friendly in regard to regulation, political winds can shift with every presidential and Congressional election, and stronger efforts to regulate the industry may occur in the future.

The Economic Growth, Regulatory Relief and Consumer Protection Act of 2018 changed the financial threshold in which banks could be classified as “systematically important financial institutions” from those that had more than $50 billion in assets to those with $250 billion in assets. The act also provides smaller banks with relief from the Volcker Rule (which prohibits banks from conducting certain investment activities with their own funds and prohibits them from investing in or sponsoring private equity or hedge funds). Banks with less than $10 billion in assets may now invest in or sponsor private equity or hedge funds and engage in proprietary trading.

The tax reform bill passed by Congress in late 2017 also had an effect on the financial industry. Experts believe that it helps companies owned by private equity firms as a result of the reduction of the corporate tax rate from 35 percent to 21 percent and other changes. Investment management firms also benefit from the reduced tax rate. 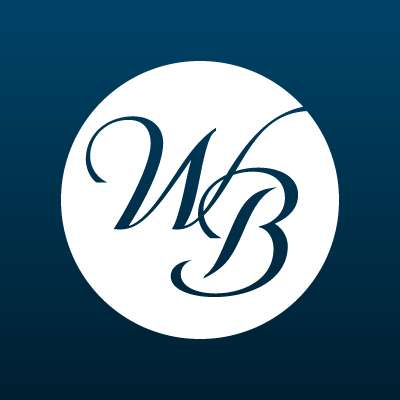