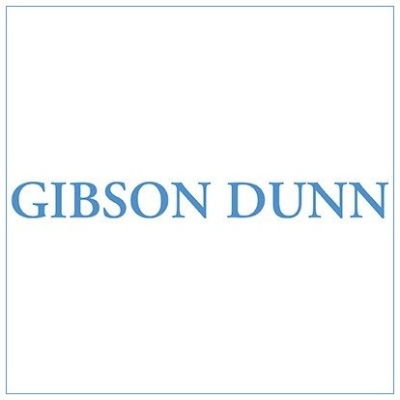 “We do interesting, meaningful work for significant clients at a high level, and I have the privilege of doing so with dedicated, professional, hardworking, yet personable and fun colleagues. The caliber of the people who work here really sets Gibson apart in my mind from a lot of peer firms—these are people I don't just enjoy working with, but enjoy getting to know and being friends with outside of work.”

“The free-market system, which provides associates with agency over their work load.  Also, the merit-based system allows younger associates to receive more responsibility based on the quality of their work product, not hierarchy.”

“The same things that are tough for any BigLaw attorney—long hours and client-driven demands.”

“Like any firm, being always available and clients’ need for almost instantaneous answers/results can be challenging.”

With more than 1,600 attorneys across 10 countries, Gibson Dunn & Crutcher is a force. Among the top firms in the country, Gibson Dunn is well known for its litigation and trial work—especially its bustling Appellate Litigation and Securities Litigation practices—as well as its top-notch antitrust, M&A, white collar, transnational, private equity, and real estate work, among others.

Gibson Dunn began through a partnership between John Bicknell and Walter Trask in 1890. A mere seven years later, Judge James Gibson joined the firm. The trio joined forces with William Dunn, a former Los Angeles City Attorney, and Albert Crutcher, a former Assistant City attorney, to create the largest law firm in Los Angeles at the time. During the 20th century, the firm expanded to the East Coast, Europe, and Asia, and while it still has a whopping five offices in California alone, Gibson is truly a global firm with 20 offices around the world.

Gibson Dunn is perhaps best known for its Litigation practice. In fact, the firm has been named Litigation Department of the Year by The American Lawyer four times since 2010 in the biennial competition, in 2010, 2012, 2016, and 2020, and was a finalist in 2014 and 2018. The firm sits comfortably atop its perch as a top 5 firm for litigation in Vault’s rankings. Gibson Dunn’s litigation sub-practices are vast and include Antitrust, Betting and Gaming, FCA/Qui Tam, Intellectual Property, FCPA, Environmental Law, Government Contracts, Labor and Employment, Securities Litigation, White Collar Defense and Investigations, and more.

But there is one practice area that sets Gibson Dunn apart: its Appellate Litigation practice. The firm is the long-reigning No. 1 in Vault’s Appellate Litigation rankings. Among the firm’s notable SCOTUS cases are Perry v. Brown, in which firm partner Ted Olson delivered arguments in favor of overturning Proposition 8; Citizens United v. Federal Election Commission, in which the Court held that corporations have a First Amendment right to engage in political speech; and Wal-Mart v. Dukes, where the Supreme Court, in what many consider to be the most important class action opinion in a decade, unanimously reversed the Ninth Circuit’s certification of the biggest employment discrimination case in history.

Gibson Dunn isn’t only about litigation, however. The firm is among the top 20 firms in Vault’s General Corporate Practice ranking. In recent years, Gibson lawyers advised MetroPCS, T-Mobile, and Citigroup on billion-dollar mergers. The firm’s corporate transactions practice encompasses several practice groups, including Capital Markets, Global Finance, Mergers and Acquisitions, Private Equity, and Securities Regulation and Corporate Governance. The firm also consistently ranks for its real estate practice, among others.

A hallmark of Gibson Dunn’s practice is its free-market assignment system through which associates seek out their own practice groups and their own assignments. During their first and second years at the firm, associates can try work from different departments and see how practice varies among them. Associates then select their area of focus at the beginning of their third year.

The COVID-19 pandemic has upended many of the traditional ways that firms connect with potential recruits, but we continue to hire new attorneys and to reach out to law students in multiple ways (from small group virtual coffee breaks to hybrid format presentations to larger in-person receptions), to ensure that they get the chance to see what makes Gibson Dunn a special place and that we get the chance to meet them. We intend to continue doing this and look forward to meeting more recruits (through whatever format) as we head into the summer and fall. In 2021, we offered a hybrid program that offered virtual, firmwide programming as well as the opportunity for many of our summer associates to visit or work in our offices and meet attorneys and mentors in-person through substantive trainings and fun, city-specific social events.

No. of International Offices: 10