Evolution of a Modern Banking System

Bank failures by thinly capitalized state banks were frequent events throughout the 19th century, and into the 20th century. Banking “panics” triggered by depositors seeking to get their money out of a troubled bank were frequent events. In the Banking Panic of 1907, the last and most severe of these downturns, catastrophe was averted only by the intervention of New York’s leading financier, J. P. Morgan. Putting some of his own money at risk, Morgan pressured the New York banks to pool their collected funds and backstop the troubled banks.

The absence of a lender of last resort—a central bank ready to step in and make emergency loans—convinced Morgan and other financiers that the United States needed a central bank to prevent another collapse of the banking system. A series of private discussions by leading financiers and a national commission led within a few years to formation of the Federal Reserve System. The Federal Reserve—the “Fed”—is managed by a board of governors in Washington, D.C., and 12 regional banks in key cities around the country.

From the earliest days through the Great Depression in the 1930s the U.S. banking system functioned more or less at will, with little government intervention. State chartered banks rarely had their books examined by state regulators—and usually only when a bank was at the point of collapse. Investment banks also operated more or less freely, without any direct guidance from government authorities.

All that changed with the banking reforms in Franklin D. Roosevelt’s New Deal. Roosevelt shored up the banking system, restoring public confidence, with a system of nation-wide deposit insurance, managed by the Federal Deposit Insurance Corporation. By 1933, more than 10,000 banks had failed. Bankers had been opposed to deposit insurance, even members of Roosevelt’s cabinet. But Roosevelt, sensing the populist appeal of government backing on bank deposits, won the day.

Another major piece of legislation, the Glass-Steagall Act of 1933, formally separated commercial banks from investment banking activities. The aim of Glass-Steagall was to prevent the conflicts of interest that come up when a bank grants credit to a borrower and offers to sell the securities it underwrites to the same borrower, effectively putting at risk the customer’s money held in a bank deposit account and also the FDIC insurance backstopping that depositor. Glass-Steagall had long-lasting effects, even after its eventual repeal in 1999. The Gramm-Leach-Bliley Act (also known as the Gramm-Leach-Bliley Act) signed by President Bill Clinton in 1999, allowed banks, insurance firms, and investment banks to affiliate under the umbrella of a new entity, a financial holding company. Under the new system, banking, insurance, and securities activities are “functionally regulated,” with the Federal Reserve given authority to supervise and inspect records of the newly created financial holding companies.

The Securities Act of 1933 and the law enacted the following year, the Securities and Exchange Act of 1934, created the framework under which investment banks issue securities to the public. The ’33 act outlined the due diligence practices, requiring securities issuers to put out a preliminary and final prospectus, and set forth guidelines for pricing and syndicating a new issue. The ’34 act addressed management of securities exchanges and broker-dealers, also creating the Securities and Exchange Commission to supervise broker-dealer firms and the public exchanges. Several years later, the Investment Company Act of 1940 set out the regulations governing how mutual fund companies and registered investment advisers operate.

All the same, banks and their thrift counterparts can offer their customers a wider array of services, thanks to a gradual unwinding of government regulations. Up through the 1970s, government regulations shielded banks from geographic competition, product competition, and to a large degree, price competition. These impediments were removed in a series of federal laws enacted starting in 1980 that permitted, among other activities, banks to sell their customers interest-paying accounts with no restrictions or rate caps, brokerage accounts, and insurance through affiliated companies. Banks today may be paying the lowest interest rates seen in anyone’s memory, but having the rate caps removed was a big deal back in the 1980s when money market funds were paying above 10 percent and banks paid out “the highest rates allowed by law.”

In 1994, Congress finally removed the antiquated barriers preventing interstate bank mergers. What resulted over the next five years was the highest number of bank mergers ever, in terms of both the number of banks acquired and the value of the deals. Consolidation and acquisition of some venerable names also became a familiar theme on Wall Street. Famous firms such as Salomon Brothers, E.F. Hutton, and Paine Webber were absorbed by the mega-banks and their names were retired. (More recently, Morgan Stanley ended the half-century-old Smith Barney brand.)

In the early 2000s, a series of financial scandals prompted public outrage at questionable practices by corporations (such as Enron and WorldCom) and financial firms. In response, Congress passed the Sarbanes-Oxley Act of 2002, which requires more-detailed financial accounting and disclosure from all publicly held companies.

In 2007 the United States began to suffer through a financial crisis that many economists believe was the worst downturn since the Great Depression. During the crisis, which lasted from December 2007 to June 2009 and has become known as the Great Recession, the U.S. housing market crashed, many people who had taken out subprime mortgages lost their homes, and interbank credit markets dried up, causing the failure of many banks and businesses. The federal government decided to step in to ensure the continued operation of some financial institutions (such as mortgage giants Fannie Mae and Freddie Mac) that were deemed “too big to fail”; other corporations, such as Lehman Brothers, were not given assistance and wound up failing. Congress approved a $700 billion rescue package for the financial sector, and the U.S. Department of the Treasury required even healthy banks to accept Troubled Asset Relief Program funds to help encourage confidence in the banking sector.

Economists and banking and government officials continue to debate the cause of the Great Recession. The U.S. Senate’s Levin-Coburn Report concluded that the crisis was the result of ”high-risk, complex financial products; undisclosed conflicts of interest; and the failure of regulators, the credit rating agencies, and the market itself to rein in the excesses of Wall Street.”

In 2010, Congress passed the Dodd-Frank Wall Street Reform and Consumer Protection Act, which increased regulation of the financial industry and offered improved protections to consumers.

In December 2013, regulators finalized the so-called Volcker Rule (which was originally proposed by former Federal Reserve Chairman Paul Volcker). The main goal of the rule is to reduce systemic risk in the U.S. financial system by restricting commercial banks from proprietary trading, or using their customers’ deposited funds to make risky bets in the financial markets. In the following years, bank lobbyists fought vigorously to encourage Congress to eliminate some of Dodd-Frank’s most stringent components. In 2018, President Trump signed the Economic Growth, Regulatory Relief, and Consumer Protection Act, the first major financial legislation since Dodd-Frank. The bill exempts many smaller banks from higher levels of regulatory scrutiny imposed after the crisis. Today, only financial institutions with more than $250 billion in assets, rather than $50 billion, are subject to increased federal monitoring. The bill also eliminated the Volcker Rule for some financial institutions (e.g., small depository institutions and credit unions with consolidated total assets of less than $10 billion).

Although the U.S. banking industry has become less-regulated at the federal level in recent years, many experts predict that regulation will increase at the state level. For example, California passed the Consumer Privacy Act of 2018, which implemented new data protection rights for consumers.

Today, a handful of mega-banks, among these JPMorgan Chase, Bank of America, Citigroup, and Wells Fargo, effectively control about 75 percent of the bank deposit market. 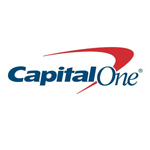