When you join Weil, you are not just getting a job – you are launching a career. You will work together with Weil colleagues, and partner with clients to hone your skills as a business lawyer. In doing so, you will be building capabilities that can take you in many different professional directions. You will also have access to robust training and professional development programs.

Our success stems from our role as strategic business partners and as innovative problem solvers for clients wherever they operate. Talented individuals who want a seat at the table and to tackle complex, challenging matters on behalf of world-class companies will find ample opportunities to shine.

With approximately 1,100 lawyers spread across offices on three continents, the Firm offers clients complex corporate megadeals expertise, leading trial capabilities across practices, and unmatched bankruptcy experience. Weil advised on more than 100 transactions with deal values above $1 billion in the last year alone, secured four multi-hundred million dollar trial victories in antitrust, product liability, and patent disputes in the past 12 months, and has represented clients in five of the six largest U.S. bankruptcies in history 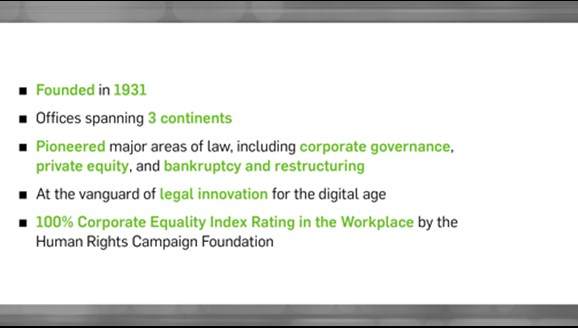 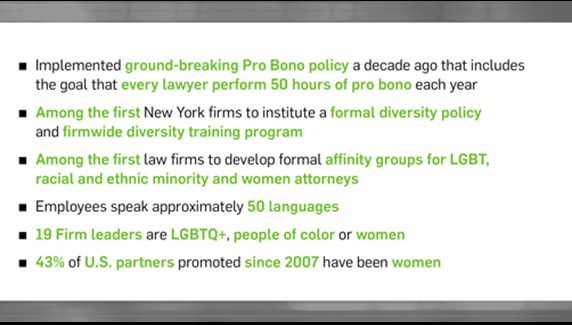 With myriad rankings by publications such as The American Lawyer, Financial Times, and Chambers & Partners, Weil continues to burnish its reputation as one of the world’s most prestigious firms. In 2018, Weil won more than 80 awards in the United States alone, including more than 60 awards recognizing individual lawyers for their outstanding achievements.

Some highlights for 2018 include:

Weil’s market leading corporate practice continues to advise on many of the largest and most high-profile M&A deals in the market – you’ve likely read about some of them in publications like The Wall Street Journal and New York Times. Weil consistently ranks as a top M&A firm in the United States and globally by all of the major league tables. Indeed, over the last 5 years, Weil has handled more than 1,500 deals totaling more than $2.1 trillion in deal value. Further, in the last year alone, Weil advised on more than 100 $1B+ deals. Our clients include a veritable list of brand name public companies, including: Belmond; Campbell Soup Company; Dow Chemical; General Electric; The Home Depot; Intel; Kroger; L’Oréal; MGM Resorts; Procter & Gamble; Sanofi; Synchrony Financial; Scripps Networks; Verizon; Walgreens; Walmart and Willis Towers Watson, among others.

Weil’s powerhouse private equity practice is recognized by the industry as being one of only a very small number of elite, market leaders in this field. The group is both diverse and versatile, as it advises on both private equity deal execution as well as fund formation. For the past two years, Weil has been named a “Private Equity Practice Group of the Year” by Law360. In addition, the group has received a Band 1 global-wide ranking for the eighth consecutive year from Chambers Global.

Weil’s Private Funds practice is one of the most comprehensive funds teams in the world with more than 60 dedicated private funds lawyers across the U.S. and Europe. We have a top-notch client base covering a broad range of the fund spectrum. Our clients include a diversified group of prominent managers extending from some of the largest, most well-established players to prominent and emerging participants in the middle market. Our clients include: American Securities/Ascribe Capital; Apollo; Berkshire Partners; Brookfield Asset Management; Crow Holdings; Genstar Capital; Lindsay Goldberg; Perella Weinberg Partners and Snow Phipps Group, among others.

Additionally, Weil’s Finance practices also had a very busy 2018. The Banking & Finance and Capital Markets groups advised on the financings for several of 2018’s most high-profile and transformational deals that impacted a number of different industries, as well as on a number of public and private debt and equity offerings. 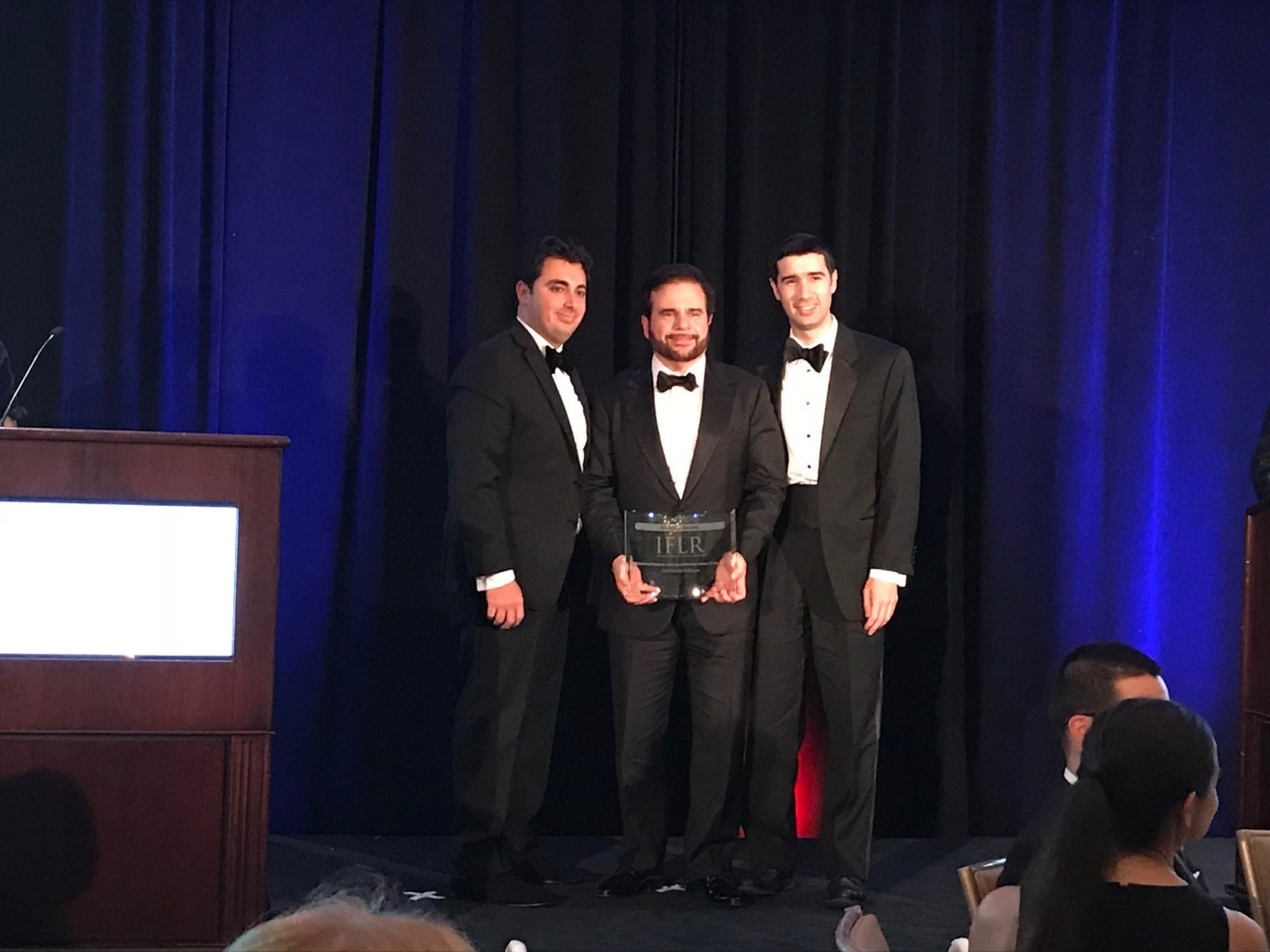 The Firm has a leading role in dozens of prominent bankruptcies in the most hard-hit sectors, including oil & gas, mining and retail, which is part of the reason why it was once again named a “Bankruptcy Practice Group of the Year” by Law360.  Weil has received the Bankruptcy Practice Group of the Year honor every year since the inception of the award eight years ago. Weil’s Business Finance and Restructuring Department was named the “Bankruptcy Team of the Year” at the 2018 Chambers Awards and was honored with three restructuring awards by The M&A Advisor in 2018 for its work representing the lenders and sponsors in the chapter 11 restructuring of BCBG Max Azria, its work representing an ad hoc group of term loan lenders in the restructuring of BPS US Holdings and its Debtor affiliates, and its work advising the official committee of unsecured creditors in the chapter 11 restructuring of SunEdison. Some highlights for 2018 include representing: 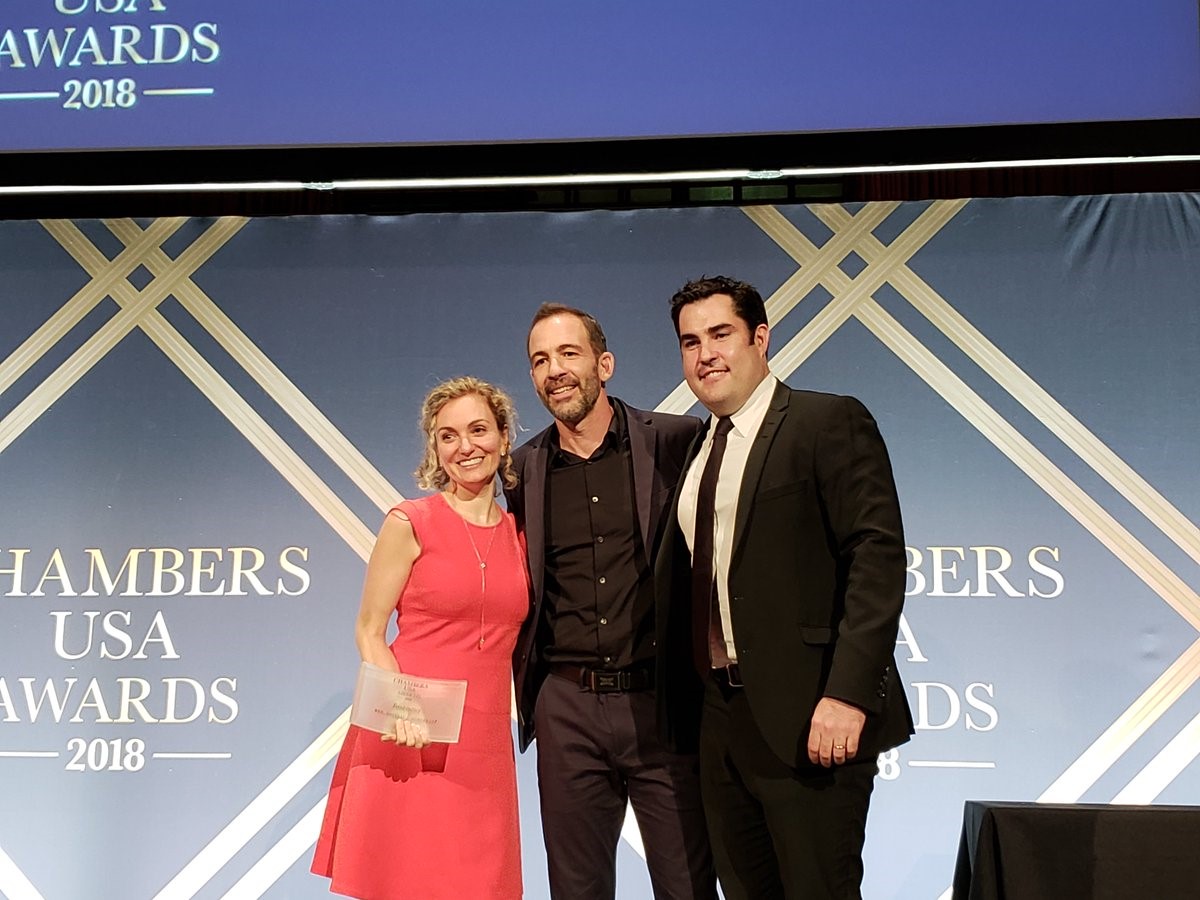 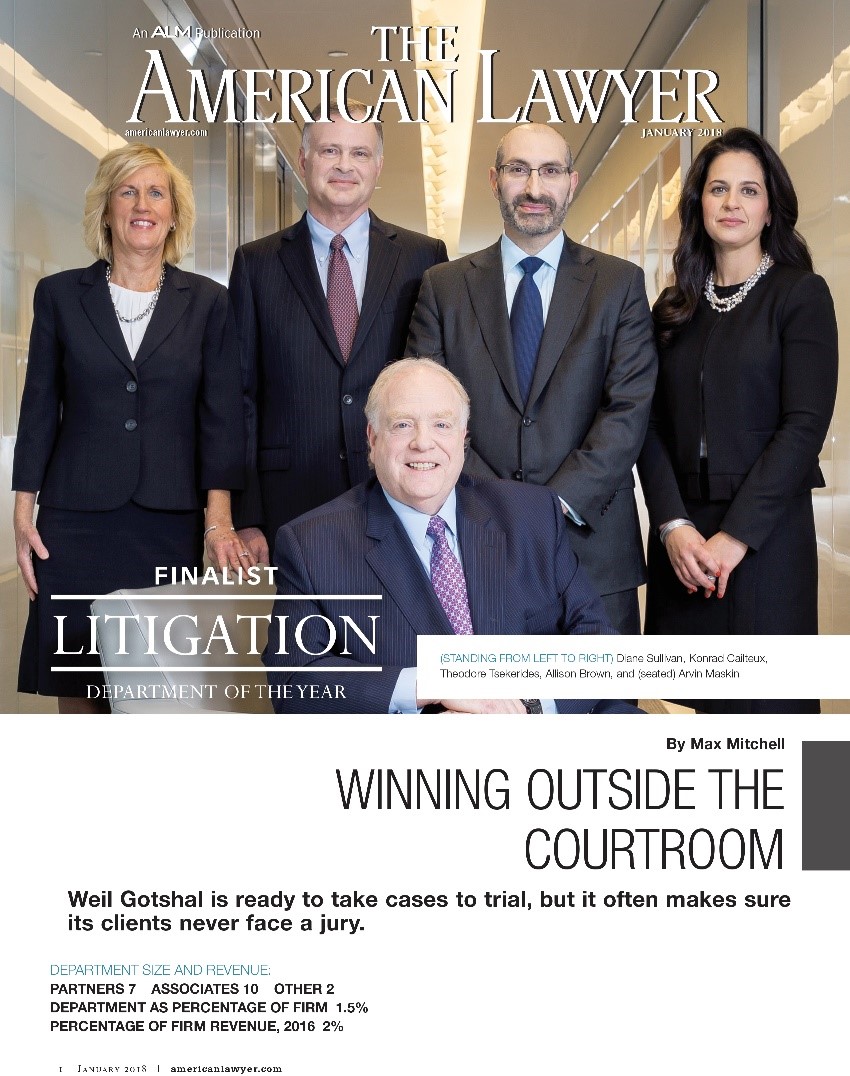 The Firm has helped shape U.S. Antitrust policies with our skilled partners – some of which are former government officials – and our unique international network which helps international companies meet the ongoing and unique challenges of globalization. In 2018, the Firm’s Antitrust practice was named “Competition Firm of the Year” by Law360 and “Antitrust Firm of the Year” as part of Legal Media Group’s Annual Life Sciences Awards.

High-profile representations in 2018 include: